Our online product updates are now becoming a monthly e-paper Magazine! Published in a "digital only" format, the e-paper “released notes" should deliver an insight into the latest updates and monthly upgrades to our customers.

BENJAMIN SKARDARASY CEO Benjamin Skardarasy, entrepreneur, hotelier and publisher of La Loupe, one of the most successful tourism magazines in the Alps, had this to say about Yumpu: “As a publisher of a magazine reliant on ad sales, I feel it is important that La Loupe is widely accessible so that its readers can, at no cost, connect with it throughout the globe, whether on their iPhone, iPad, or LaLoupe's Kiosk on Yumpu's Homepage.” “Interest in La Loupe has certainly increased with La Loupe's presence on Yumpu as an online and app magazine. Current advertisers are receiving feedback from readers, as well as via Yumpu's La Loupe Kiosk and La Loupe's homepage. This type of feedback would not be

possible through traditional print channels. The increased online presence will certainly attract new advertising clients.” “These days the iPad and iPhone, relatively recent innovations, are wowing audiences. In two years' time they'll be considered the standard and we won't be able to imagine a world without them. I'm confident that in this timeframe digital magazine publishing will transform beyond the capacity for readers to turn pdf pages online. Why? Readers want more than what print production offers. They want added-value features such as videos, photo galleries, animation, etc. This is already possible with Yumpu's online magazines.” “In five years, if the tablet market continues its growth trajectory, it's possible that the print market will continue to shrink and that magazines will be read exclusively on tablets. Certainly print books and magazines will continue to be produced, yet with the rapid pace of development, it will become the norm to read magazines on a tablet or an e-reader.” “From a publishing point-of-view, the advantage to publishing magazines online, as Yumpu does, not only saves in actual printing costs, but also makes a significant contribution to the environment, something that should not be underestimated as we move into the future. This means that cost savings can be reinvested into quality journalism. Also part of the budget can be focused on improving online production.” Page 25 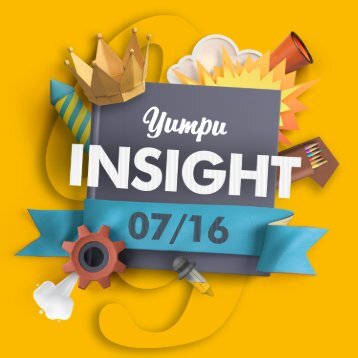 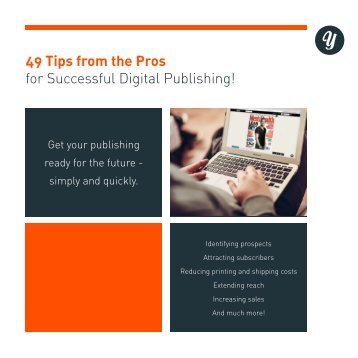 49 Tips from the Pros for Successful Digital Publishing
yumpu.magazines

Yumpu WEBKiosk DE
Made with love in Switzerland
© 2016 Yumpu.com all rights reserved

Are you sure you want to delete your template?